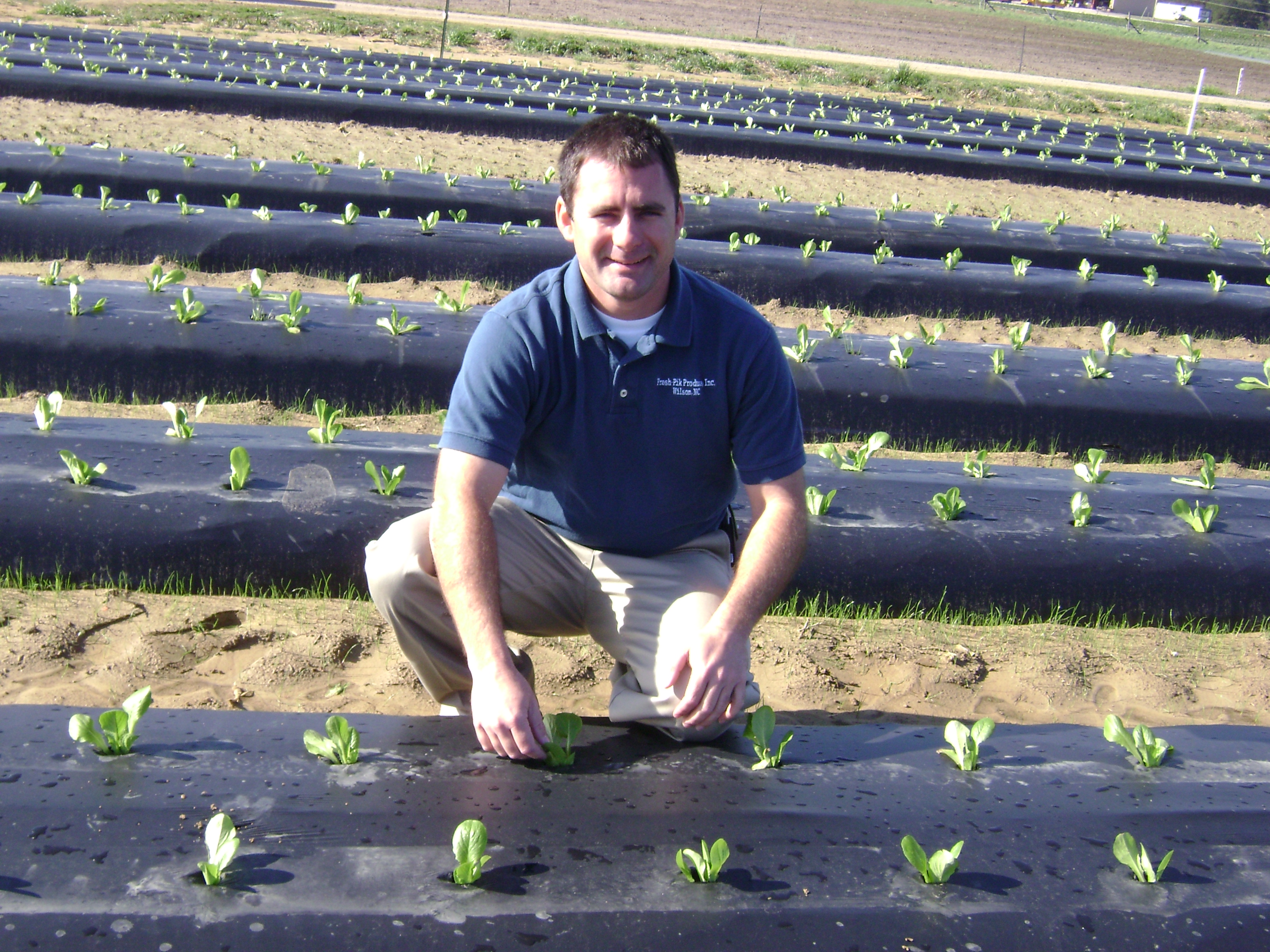 James Sharp is a 5th generation farmer from Wilson County, NC. James grew up and worked on a traditional row crop farm until he went to North Carolina State University. When he was twelve years old, he decided he wanted to be in charge of the family garden. He added a row of cantaloupe, watermelon, and tomatoes. He had an exceptional yield, and harvested more than his family could eat or even give away! He ended up selling most of his produce to the locally owned grocery stores in the area, and has been in the produce business ever since.

James continued growing produce throughout his college career and built up his customer base. In 2000, he built his own packing facility with forced air cooling. He has since expanded his facility to keep up with the demand for his product. Fresh-Pik Produce grows and harvests 300 acres that include romaine lettuce, personal watermelon, seedless and seeded watermelon, Sprite melon, strawberries, cabbage, collards, mustard greens and strawberry plants.

"We believe that produce must be picked fresh, packed fresh and shipped fresh to ensure customers get delicious and nutritious food on their plate."